A flexible rule-based configuration design enables the fine-tuning of outbound traffic at a per-service level by allowing multiple rules to be configured.

The following types of Outbound Traffic Rules are available:

For more information related to Load Balancing Algorithms, please refer to this page.

Weighted Balance rules enable configuring the proportion of outgoing data traffic to be handled by each WAN link. (Examples follow.)

Persistence rules make specified types of traffic (eg: HTTPS) to always be routed through a particular WAN link based on source or destination IP address(es).

Enforced rules result in the routing of specified type(s) of traffic through a particular WAN connection or VPN connection, regardless of its up/down status. (An example follows.)

The traffic matching this rule will be routed through the healthy WAN connection with the most available down link bandwidth.

The traffic matching this rule will be routed through the healthy WAN connection with the lowest latency. Periodic latency checking packets are sent to the WAN connection.

The top-down order of the list denotes the order of decreasing precedence. The up and down arrow keys can be used to move a rule up and down within the list, respectively.

To illustrate, with the following link configuration:

Some types of WAN links have different upstream and downstream speeds (e.g. ADSL with 3M upstream and 512K downstream). In such cases, upload-intensive services may require special fine-tuning.

A common example is outgoing email (SMTP), where traffic is mostly upstream.

Building upon the previous link configuration:

A per-service Weighted Balance rule should be added for SMTP as follows: Example 3 – Restricting IPSec VPN Traffic to the WAN1 Link

Rule to specify UDP Port 4500 traffic: With these rules enabled, Peplink Balance will route IPSec VPN traffic with NAT-T (that require UDP ports 500 and 4500) to WAN1 regardless of its up/down status. In the event the WAN1 is down, by design, the specified traffic will simply be dropped rather than routed via the other WAN links.
2 Likes
Splitting trafic
Telnet VOIP + Comcast with the Peplink Balance 20
Setting specific devices to use specific wan port
First time setup - please help me
Balance 20, failover Wan to one subnet only?
Balance UI Deep Dive - Network Tab
Slower ISP Taking Priority in Downloads
Hot Standby
Peplink have round robin algorithm
Balance Core One: Potential issues with satellite connection
BR1 Simultaneous Cell and WiFi WAN
Balance 20 URGENT questions
Balance One IP Issue
Suitability for use?
How to set a rule to use a particular link for uploads
Sorry for my noob question I just bought balance 20 and
Balance 30 wan1 less usage than wan2 and wan3?
PEPLINK30 CONFIGURATION FOR A TWO WAN : WIMAX (2/2Mbps) + ADSL (2Mbps/300Kbps)
Prepurchase questions
Outbound Policy
How to set up a rule to use LTE connection for Skype, FaceTime etc.?
Nextiva VOIP service working inconsistently since installing PEPLink Balance 20
MartinLangmaid February 24, 2017, 11:01am #2 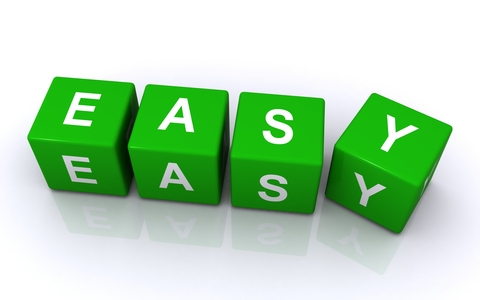 Easy WAN Management Whenever I am describing Peplink Multi WAN management to potential customers I find myself using the word ‘easy’ a great deal. A key...

A post was split to a new topic: Archive since I’ve updated articie published