No lights at all on Pepwave Surf SOHO MK3 - is it done for?

Bought a Pepwave Surf SOHO MK3 in January, set it up a month ago (we were renovating the room and it took longer than expected).

With the recent malware infections of routers, I have taken to shutting off, then turning on, our household router. But the MK3 does not have a power on/off switch. I understand one should unplug the power adapter. I have started turning off, then on, the surge suppressor – it has a lighted switch. This action power cycles all the devices plugged into the surge suppressor (currently, only the cable modem and the MK3).

This past weekend, I did this again, and the cable modem turned on, but the MK3 did not. No lights came on, on the front or the back. Without the router, the only Internet connection was through my smart phone.

Is there some way, such as by replacing a fuse, to convince the MK3 to turn on again?

The power adapter and the MK3 itself are both at room temperature. I tried another outlet that has power, and the MK3 doesn’t work there either.

I’d rather not send it back (purchased through Amazon) if I can get it to work again.

Any help will be much appreciated. – Bob

There isn’t anything you could replace to try and get this to come on again, no fuses of any kind. However, the power supply is a pretty standard connector, and if you are lucky that is the only component that failed. See if you can find another plug that is 12v and at least 1.5amps and see if the SOHO powers on… hopefully it does!

Even though you ordered through Amazon, it should still have been sold through a reseller, on your Amazon order it may say ‘Shipped by Amazon and sold by 3Gstore’ for example. Reach out to your reseller to help you out with a replacement power supply, or to start the warranty process if needed.

Thanks for the response.

So this is an intermittent problem and I don’t know what caused the MK3 to blank out for several days.

Not asking for a return because (a) the MK3 was ordered in January and the problem occurred in August, and (b) I’m kinda curious about solving this problem.

Updated 8/19/2017: Don’t know why switching the surge suppressor off, then on, would have seemed to damage the power adapter. A mystery! 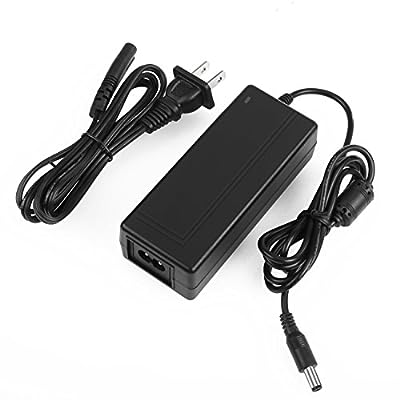